Gender unjust,The political landscape for women's rights could be undergoing a change.

The political landscape for women's rights could be undergoing a change. 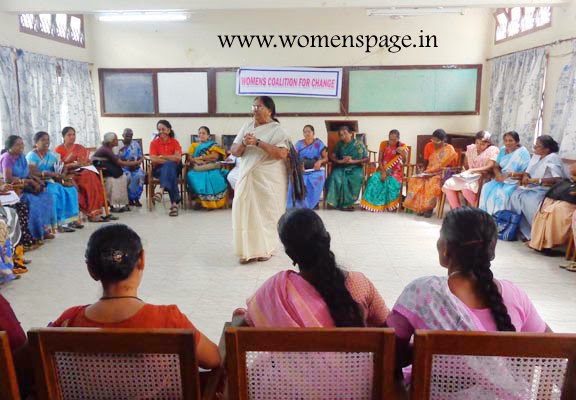 350 women's and civil society organizations in the influential state of Tamil Nadu are uniting against national parliamentary candidates who are "gender unjust." Their coalition demands rights to land, education, livelihoods and safety.

One of the leading parties in the southern Indian state of Tamil Nadu--Dravida Munnetra Kazhagam, or DMK--has received a written caution not to nominate a party leader to run as a parliamentary candidate in the national elections taking place from April 7 through May 12.

All the  India Democratic Women's Association filed a petition in the Delhi high court seeking action against people in high positions for making malicious statements against rape victims. Now some of those same detractors want to stop him at the polls.

"If Nazeem is nominated, we will campaign against him and ensure women don't vote for him," said Burnad Fatima, the 52-year-old founder of Women's Coalition for Change, a Chennai-based coalition that says it represents more than 2 million women.

The state elects 39 members of Parliament and has played a key role in national government formation in the last couple of elections.

Women's concerns have always been given short shrift by the political parties, said Fatima, pointing to the way they recently let lapse the Women's Reservation Bill, a proposal to reserve 33 percent of parliamentary seats for women.

"We need more women in governance and at crucial administrative posts in political parties to inspire behavioral change," said Fatima. "Having one woman at the helm of affairs without a critical mass of women will not work."
Thanks for Visiting womenspage.in