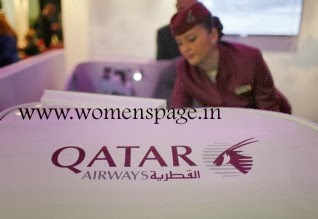 Qatar Airways and Emirates Airline have defended their policies on pregnancy and marriage for cabin crew after the Qatar carrier came under fire over its working conditions.

The International Transport Workers' Federation (ITF) is running a campaign against Qatar Airways over its monitoring of staff and rules preventing women from becoming pregnant and getting married.
It has called on women across the globe to speak out against the airline on Saturday, International Women's Day.

"The treatment of workers at Qatar Airways goes further than cultural differences. They are the worst for women's rights among airlines," Gabriel Mocho, civil aviation secretary at the international grouping of transport unions.
Thanks for Visiting womenspage.in