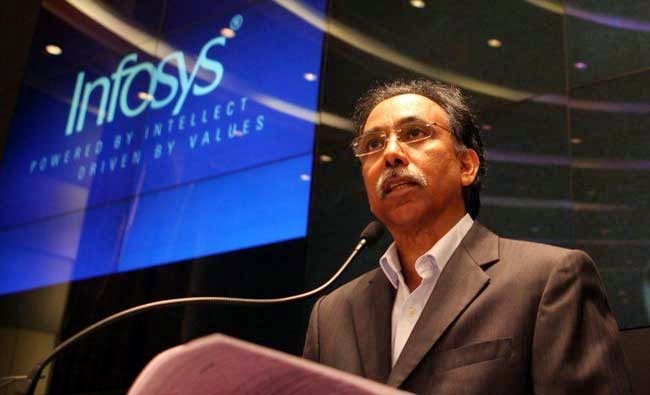 The company, however, has seen an exodus of senior executives and staff since Murthy's return, triggering concerns about its ability to compete for lucrative outsourcing contracts in the United States and Europe.

The company's revenue for the reported quarter was up 23.2% to Rs 12,875 crore from Rs 10,454 crore in the year-ago period. The Bangalore-based firm, which is on a revival path following the return of its co-founder N R Narayana Murthy at the helm of affairs, has forecast a conservative outlook of 7 to 9% revenue growth in dollar terms for the financial year 2014-15.
In dollar terms, the company's profit grew 9.7% to USD 487 million in the reported quarter while revenue was up by 7.9% to USD 2.09 billion in the quarter under review.

For FY'14, net profit grew 1.5% to USD 1.75 billion, while revenue was up 11.5% to USD 8.2 billion over the previous fiscal. "I am pleased that we have been able to double our growth rate for the full year compared to last year, though performance in the last quarter of FY'14 has been disappointing," Infosys CEO and Managing Director S D Shibulal said in a statement.