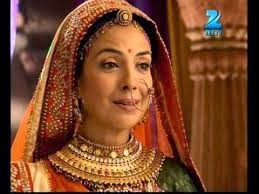 Jodha reaches the palace safely. Everyone is happy to see her unhurt. Jodha has an emotional moment with her mother, Naianvati. They both reconcile their differences. Nainavati decides to celebrate the called off utsav. Meanwhile Akbar is sad and alone. On his way back, he decides to spend some time alone. He blames himself for not trusting Jodha, he meets a poor man who offers him his food. Without realizing that it is Akbar, the poor man talks about Akbar being a brave man. People say that Akbar is heartless but the poor man doesn't believe it. Akbar realizes that he too has a heart. Akbar is attacked and gets injured badly. Will Akbar survive the attack?
Thanks for Visiting womenspage.in