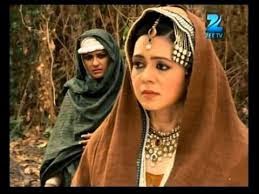 Akbar's mother has doubts on Mahamanga's loyalty towards the Jalal as she had seen her going secretly somewhere. She calls Mahamanga to clear her doubts. The two of them decide to visit the spot where Mahamanga had been secretly going. Mahamanga cunningly clears Malaika Aaazam's doubts about her. Meanwhile Adgah Khan finds out that Mahamanga was aware about Sujamal's entry into the kingdom earlier. He wants to know why Mahamanga let Sujamal enter the kingdom disguised as 'Khwajah Sarah' and decides to investigate further. Akbar is welcomed back into the kingdom but all are surprised to know that Jodha has decided not to join him. Mahamanga tries to show her sadness at not seeing Jodha. Adgah Khan suspects that Mahamanga is definitely hiding something within. What will Malaika Aazam's reaction be at seeing Akbar without Jodha?
Thanks for Visiting womenspage.in