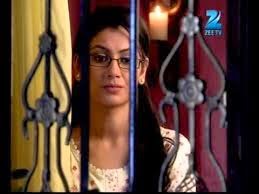 Bulbul is upset with Suresh as because of him she missed Abhi's performance. Meanwhile Pragya understands why Suresh has gone to sleep without wishing her good night. Pragya gets angry when a government employee mis-behaves with Suresh. She tells him that he is among the most important people in her life. Suresh comes to Pragya's house to book the marriage hall for his sister's marriage. Pragya's mother thinks Suresh has come to ask for Pragya's hand for marriage but later realises her mistake. Things get messy when a corporater decides to seal the marriage hall. He puts a condition of marrying Bulbul if they want to save the marriage hall. Pragya is confused as she has to choose between her sister and the marriage hall. Suresh promises to support her all the time.