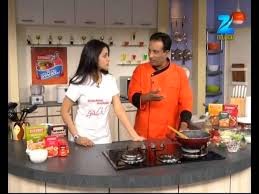 Sanjay Thumma (born April 26, 1970) is an Indian chef, and the founder of vahrehvah.com. He is especially popular among the Indian expatriate communities in mainland Europe and America. He became known most for his online recipes channel on YouTube, which he started in 2007.

He began his career working for various ITC hotels in Gurgaon, Chennai, Agra and Jaipur. In 1998 he relocated to Chicago to start his own restaurant: Sizzle India. After opening four restaurants over seven years, he decided to sell them all, and took a two-year vacation. In September 2007, he set up a studio in Chicago and started recording his first 150 recipes, which were posted on YouTube with each video reaching over a million views. Later he launched his food website and moved back to Hyderabad, where he is currently based.
Thanks for Visiting womenspage.in