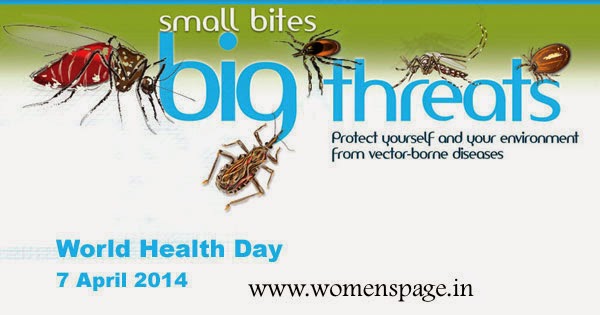 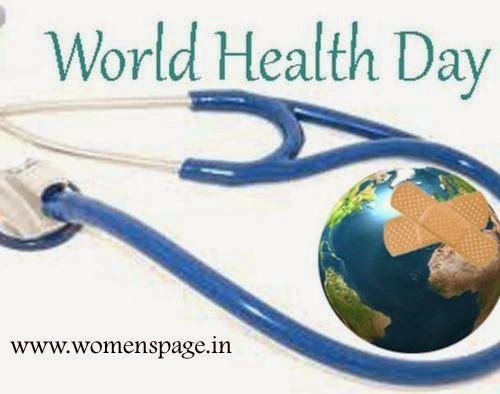 The World Health Day is celebrated by the people across the world every year on 7th of April under the leadership of World Health Organization(WHO).

Most of us would have suffered at least one type of the many vector-borne diseases in our lifetime. Unfortunately, even though scientists have developed nuclear bombs that can wipe off a whole city in no time, they are still struggling to tackle the menace that small insects can cause.India is also among the countries worst-hit by vector-borne diseases.


Even the World Health Organisation (WHO) acknowledges the gravity of the situation by focusing on vector-borne diseases this World Health Day with the theme, 'Small bite, big threat'. Doctors believe the responsibility of fighting this menace falls more on the general populace rather than the government.


About vector-borne diseases:
Vectors are organisms that transmit pathogens and parasites from one infected person (or animal) to another.These diseases are commonly found in tropical and subtropical regions and places where access to safe drinking-water and sanitation systems is problematic. Many of them are preventable.
Vector-borne diseases account for 17% of the estimated global burden of all infectious diseases and cause more than one million deaths annually.The South-east Asia region accounts for 26% of what are called neglected tropical diseases.

Risk:
Malaria, the most deadly vector-borne disease, causes more than 600,000 deaths every year globally, most of them children under 5 years of age.The world's fastest growing vector-borne disease is dengue, with a 30-fold increase in incidence over the last 50 years.

Prevention: In 2012, malaria caused an estimated 627,000 deaths across the world despite being curable. Dengue, another notorious disease, affects around 50-100 million people across the world every year. Besides this, numerous cases of kala azar, chickungunya, japanese encephalitis, etc also have been reported.

It is important that you don’t just make an effort to keep your house clean. Keeping your environment clean is important too, as a drain, pothole or open space where water can get stagnated can breed mosquitoes.