44 Indians shortlisted for one way trip to Mars 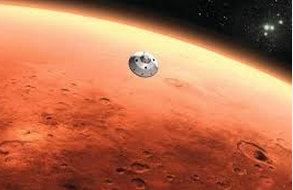 Forty-four Indians, including 17 women, are among 705 aspirants shortlisted for an ambitious private mission to send four people on a planned one-way trip to Mars in 2024 to colonise the red planet.

The Netherlands-based non-profit organisation Mars One announced that 353 hopefuls from around the world have been eliminated from the selection programme to become the first human Mars colonists.

The number of people remaining in this “once in many lifetimes opportunity” is now just 705, including 44 Indians of whom 27 are men and 17 are women.

The Indian aspirants come from cities such as New Delhi, Hyderabad, Mumbai, Kolkata, Pune and Thiruvanathapuram.

The applicants came from over 140 countries and more than 20,000 Indians had applied for the first round.

The remaining candidates will be interviewed by the Mars One selection committee.

“We’re incredibly excited to start the next phase of Round 2, where we begin to better understand our candidates who aspire to take such a daring trip. They will have to show their knowledge, intelligence, adaptability and personality,” Mars One Chief Medical Officer Norbert Kraft, said.

In December 2013, Mars One announced the selection of 1058 candidates, including 62 from India, from the original pool of over 200,000 applicants.

Mars One asked them to complete two tasks by March 2014: to provide a medical statement of health from their physician and open their on-line Mars One applicant profile to the public.

The 418 men and 287 women who successfully completed both tasks will be invited for a personal interview. 313 candidates originally come from the Americas, 187 from Europe, 136 from Asia, 41 from Africa, and 28 from Oceania.

The group of candidates that will not continue to the interview round dropped out due to personal reasons and medical reasons.

“What really left an impression with us is the fact that the medical tests turned out to have a major impact on the candidate’s lives, as some of them found out that they needed to undergo an operation, were sick and needed medical attention, or even had a malignant form of cancer that otherwise would not have been detected in such an early stage,” Kraft said.

After the interview round, the group of candidates will be narrowed down to several international teams consisting of two women and two men.

These teams of prospective Mars settlers will be prepared for the mission by participating full time in an extensive training programme.

Training to go to Mars will be their full time job. Whole teams and individuals might be selected.The organisation aims to establish a Red Planet settlement beginning in 2025.