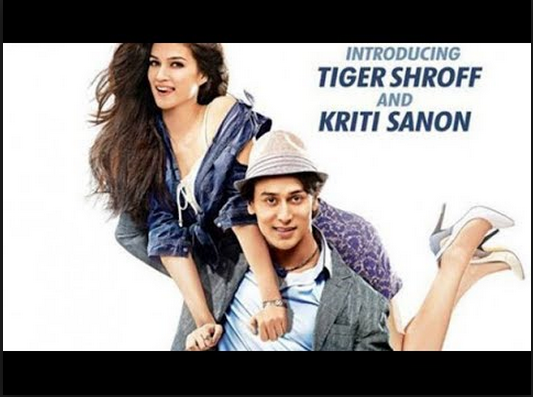 The much awaited and popular film of this time named Heropanti has been finally released today on the big screen. Heropanti is first movie of Tiger Shroff son of famous Bollywood actor Jackie Shroff. The movie main features stars are Tiger Shroff and Kriti Sanon. This movie directed by Sabbir Khan and produced by Sajid Nadiadwala. Budget of Heropanti movie is around to be 30 Crores. Being a mid budget movie it has good elements of entertainment, drama and masala into it and the charming chemistry between the leas star cast acts as a icing on the cake. The movie is awesome and getting lots of good response by public.

Everybody has been impressed by Tiger’s body. The movie story is based on romantic Bollywood action genre. Tiger do lots of amazing stunts and dance steps for this movie. This Friday, two movies released. One is superstar Rajnikanth starrer Kochadaiiyaan and other one is two new comer’s Heropanti. Although Kochadaiiyaan has bigger star cast and bigger names but Heropanti has showed good fight on the 1st day Friday.