I keep an eye on what my kids watch Kajol

I keep an eye on what my kids watch: Kajol 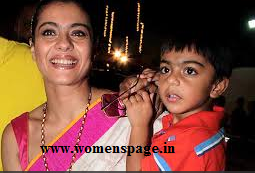 Bollywood actor Kajol says she is careful about the content that her kids watch on TV as these are “learning years” for them.

“I’m mostly around them when they are watching TV. I may be doing my stuff but I keep an eye on what they are watching, and in the process I end up watching a couple of episodes (of the shows),” says Kajol, who is mother of two  daughter Nysa, 11, and son Yug, 3.

She adds, “I also have a dos and don’ts channels and programme lists, so even if I’m not by them, they are well monitored. I believe that as a parent, one has to be strict and to lay down certain guidelines. So my kids are well within the boundaries that I set for them. These are learning years for them, they pick up fast and will retain what they learn now. So in a way, it’s sensitive age, so you have to be very careful of what is watched or read,” says Kajol, who is married to actor Ajay Devgn.

Actress Kajol, who has been named 'Mighty Mother' ahead of Mother's Day, says she is careful about the content that her children watch on the small screen as these are "learning years" for them.

Green Gold Animation, the makers of children's shows "Chhota Bheem" and "Mighty Raju" have decided to honour Kajol with a 'Mighty Mother' award ahead of Mother's Day, which falls Sunday.

One to give foremost priority to her children  daughter Nysa, 11, and son Yug, three, Kajol tends to watch the two shows with her children once in a while.

"As a mother, you can't help but be inducted into this world. I feel it begins with curiosity as to what is your child watching followed by a bit of the motherly instinct to monitor and finally you are a part of their world