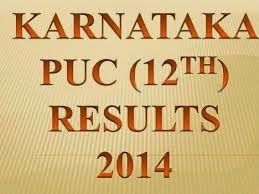 For results click here.
The Karnataka Secondary Education Examination Board is likely to announce the Second Pre-University Certificate (PUC) exam 2014 results on May 9 or May 10, according to a board official.

The II Pre-University Certificate (PUC) exams are considered equivalent to the Class 12 board exams. The Karnataka PUC exams were held from March 12 and March 27, 2014. The exam kick started with Political Science and Statistics as the subject of examination and ended with Hindi and Telugu.

The board executes and governs various academic activities such as: devising of courses of study, prescribing syllabus, conducting examinations, granting recognitions to schools and, providing direction, support and leadership for all secondary educational institutions under its jurisdiction.