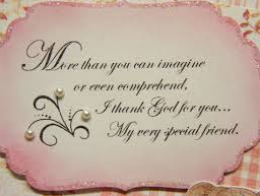 Mother's Day is an extremely special occasion for both mother and the children. People must make all efforts to make the most of the festival. A great way to make Mother's Day special is to pamper mom with Mother's Day special gifts and to do everything that pleases mom. You may compose a Mother's Day special poem for mama or bake a delicious cake for her. Think of your own special and unique ways to make mama feel loved on her special day. Please click on the links below for ideas and inspirations.

Mother's Day is a celebration honoring mothers and motherhood, maternal bonds, and the influence of mothers in society. It is celebrated on various days in many parts of the world, most commonly in spring. (e.g., April–May in the northern hemisphere, October in Argentina, but northern hemisphere spring, May, in Australia). It complements similar celebrations honoring family members, such as Father's Day and Siblings Day.

The celebration of Mother's Day began in the United States in the early 20th century; it is not related to the many celebrations of mothers and motherhood that have occurred throughout the world over thousands of years, such as the Greek cult to Cybele, the Roman festival of Hilaria, or the Christian Mothering Sunday celebration (originally a celebration of the mother church, not motherhood).Despite this, in some countries Mother's Day has become synonymous with these older traditions.

The modern holiday of Mother's Day was first celebrated in 1908, when Anna Jarvis held a memorial for her mother in Grafton, West Virginia. She then began a campaign to make "Mother's Day" a recognized holiday in the United States. Although she was successful in 1914, she was already disappointed with its commercialization by the 1920s. Jarvis' holiday was adopted by other countries and it is now celebrated all over the world. In this tradition, each person offers a gift, card, or remembrance toward their mothers, grandmothers, and/ or maternal figure on mother's day.

Various observances honoring mothers existed in America during the 1870s and the 1880s, but these never had resonance beyond the local level.Jarvis never mentioned Julia Ward Howe's attempts in the 1870s to establish a "Mother's Day for Peace", nor any connection to the Protestant school celebrations that included "Children's Day" amongst others.Neither did she mention the traditional festival of Mothering Sunday.Jarvis always said that the creation was hers alone.For more information on previous attempts, see the "United States" section in this article.

In most countries, Mother's Day is a recent observance derived from the holiday as it has evolved in the United States. As adopted by other countries and cultures, the holiday has different meanings, is associated with different events (religious, historical or legendary), and is celebrated on different dates.

In some cases, countries already had existing celebrations honoring motherhood, and their celebrations then adopted several external characteristics from the US holiday, such as giving carnations and other presents to one's mother.

The extent of the celebrations varies greatly. In some countries, it is potentially offensive to one's mother not to mark Mother's Day. In others, it is a little-known festival celebrated mainly by immigrants, or covered by the media as a taste of foreign culture.

In France, amidst alarm at the low birth rate, there were attempts in 1896 and 1904 to create a national celebration honoring the mothers of large families.In 1906 ten mothers who had nine children each were given an award recognising "High Maternal Merit" ("Haut mérite maternel").American World War I soldiers fighting in France popularized the US Mother's Day holiday created by Anna Jarvis. They sent so much mail back to their country for Mother's Day that the Union Franco-Américaine created a postal card for that purpose.In 1918, also inspired by Jarvis, the town of Lyon wanted to celebrate a "journée des Mères", but instead decided to celebrate a "Journée Nationale des Mères de familles nombreuses." The holiday was more inspired by anti-depopulation efforts than by the US holiday, with medals awarded to the mothers of large families.The French government made the day official in 1920 as a day for mothers of large families.Since then the French government awards the Médaille de la Famille française to mothers of large families.

In 1941, by initiative of Philippe Pétain, the wartime Vichy government used the celebration in support of their policy to encourage larger families, but all mothers were now honored, even mothers with smaller families.

In 1950, after the war, the celebration was reinstated. The law of 24 May 1950 required that the Republic pay official homage to French Mothers on the last Sunday in May as the "Fête des Mères" (except when Pentecost fell on that day, in which case it was moved to the first Sunday in June).

During the 1950s, the celebration lost all its patriotic and natalist ideologies, and became heavily commercialized.

In 1956, the celebration was given a budget and integrated into the new Code de l'action sociale et des familles.In 2004 responsibility for the holiday was transferred to the Minister responsible for families.