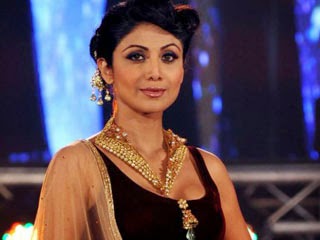 Celebrity entrepreneurs Raj Kundra and wife Shipla Shetty are selling a dream to people who want to own gold, if regulators do not object to the plan. Satyug Gold, a company promoted by them, is offering discounts of up to 37% on the purchase of gold bars and coins for those who are willing to pay the entire amount in advance and wait for two to five years to take delivery.

Kundra, who earlier sold pashmina shawls and traded in metals in London before cofounding an Indian Premier League cricket team, Rajasthan Royals, has a target of selling Rs 1,000 crore of gold through Satyug.

In an interview at a posh Bandra-Kurla complex office, Kundra said Satyug will be the guarantor for the delivery of the gold. Under the programme, customers looking to buy gold are required to pay 85% of the current market price for taking delivery two years later, 76% for three years, 70% for four years and 63% for five years. "The promoters of the company are Bollywood actor Shilpa Shetty and her entrepreneur husband Raj Kundra, both well-known celebrities in India who guarantee every customer purchase," according to a statement posted on Satyug's website. The scheme is being promoted in print and through electronic media.

Shetty, who holds 99% of the company, is also the brand ambassador for the Satyug Gold Purchase Plan. A couple of former MCX officials have also joined the company. The company has a co-branding tie-up and trademark licence agreement with the Indian Bullion and Jewellers Association, formerly the Bombay Bullion Association. But who bears the risk if the price of gold falls in these years?

"There is no compensation. The customer takes the risk and the potential appreciation," Kundra said. "Data of last 86 years would show that gold has seen growth of 9% per annum. In the last seven years, gold has seen 25% growth every year. Thus, it is very unlikely that the price of gold would fall to such an extent," he said. "To start with, the customer already has up to 37% cushion." However, Satyug may not be in conformity with the securities law and the Forward Contracts Regulation Act, according to regulatory officials. Securities and Exchange Board of India officials said they would seek an explanation from the company.

According to Sebi officials, the offer is similar to collective investment schemes (CIS) that require prior regulatory approval. Even one rupee collected from investors with a promise to deliver a commodity at a later date is termed as a forward contract in the commodity market, said another official familiar with the laws governing such matters.

"Satyug's scheme is violating both CIS and forward contract regulations if it has not sought any permission to launch the scheme," said JN Gupta, a former executive director at Sebi.

"As per legal advice, the sale of gold by Satyug is a regular commercial transaction by way of specific forward contract and does not amount to CIS and need any approval. But we have written to various regulators seeking their opinion on the scheme," Kundra said. He did not share any of the letters sent to regulators.
Shilpa Shetty's 37% discount on gold may hit regulatory hurdle
Thanks for Visiting womenspage.in