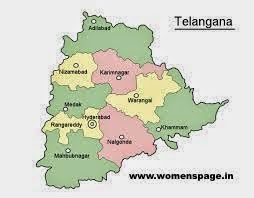 Prime Minster Narendra Modi has signed an order to post 44 Indian Administrative Service or IAS officers, 30 Indian Police Service or IPS officers and 13 Indian Foreign Service or IFS officers to what will now be the Telangana cadre.

In the massive exercise to get the new state running, the Centre has also divided other state-level employees of Andhra Pradesh. Of the 67,714 state government employees, which includes officers other than those belonging to the three All India Services, 9,987 have been asked to report to the Telangana government.

The order was issued by the department of personnel and training (DoPT), which reports directly to the Prime Minister's Office or PMO.

The allocations have been made on the basis of preliminary recommendations of the Pratyush Sinha committee, which was formed by the Centre to finalise the cadre allocation of officers of the three All India Services posted in Andhra Pradesh. Mr Sinha is a former Central Vigilance Commissioner.

The Centre had also set up a six-member advisory committee, headed by retired IAS officer C R Kamalanathan, to split the state government employees, other than those belonging to the All India Services, between Telangana and the residual Andhra Pradesh.

The two committees are yet to draft their final report.

According to a data compiled by the DoPT, there are at present 284 IAS officers, 209 IPS and 136 IFS officers working in Andhra Pradesh.

Prime Minister Narendra Modi, while issuing the order, has also set up a mechanism to look into complaints of officers who may be reluctant to move. "There is a redressal cell which is being manned by chief secretaries of the two states," said an officer, "And any way, this is only provisional."