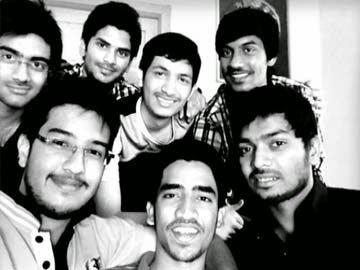 The Himachal Pradesh High Court on Tuesday asked the state government to file a report by June 16 on Sunday's tragic incident in which at least 24 students were washed away by the flash-floods in the Beas river triggered by sudden release of water from a dam.

The direction from the High Court came after a huge outcry over the tragic incident and reports that the engineers at the Larji hydropower plant allegedly discharged water into the river without warning.

Meanwhile, the bodies of five of the 24 students recovered by the rescuers were flown back to Hyderabad yesterday evening. A plane carrying 22 survivors of the group also returned to Hyderabad on a special flight arranged by the Andhra Pradesh government.

As the rescue work continues for those missing, the survivors claimed that the water was released from the dam without a warning and the help from the local administration also came late.

Students who survived the Beas river tragedy in Himachal Pradesh alleged that help came hours later for them and that there was no siren to alert the people about the release of water nor any danger mark signboards on the river bank.

The Chief Minister had earlier ordered a probe and suspended the erring resident engineers of the 126 MW Larji hydropower project being run by the state electricity board. A case of negligence has also been registered.

For the ill-fated group of students of the VNR Vignana Jyothi Institute of Engineering and Technology in Hyderabad, merrily taking photos on the banks of Beas river in Himachal Pradesh, tragedy struck in a matter of couple of minutes as they were washed away in the swirling waters which suddenly rose several feet.

The gush of water turned out to be a tide of death, recounted surviving students. Many of them, particularly girls, were seen in a state of panic in Himachal Pradesh, where they are accommodated in lodges.

The students were caught unawares by the sudden discharge of water in the river from the reservoir of 126 MW Larji project.

The Himachal Pradesh authorities have issued helpline numbers through which latest information related to the rescue operation and the survivors can be obtained.