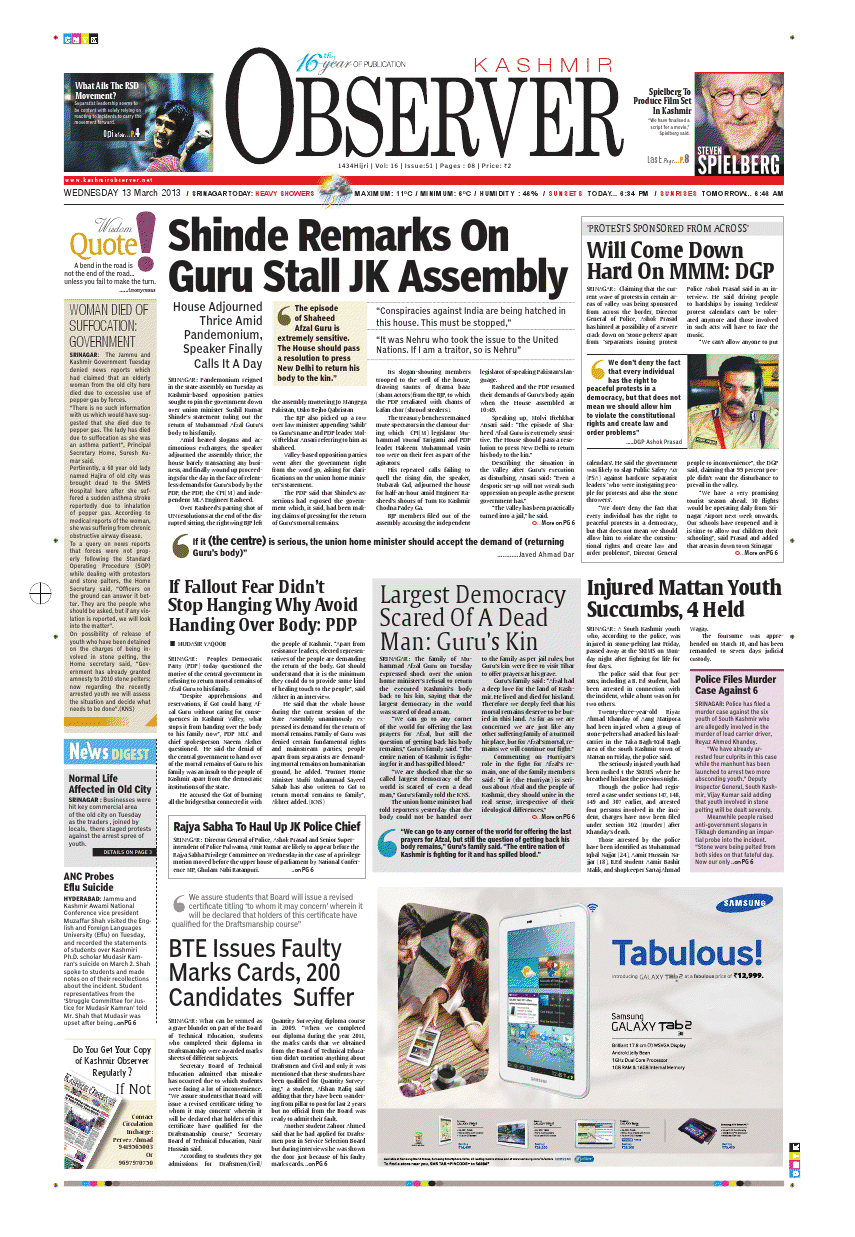 Kashmir Observer is one of the first English-language daily newspapers published in Srinagar in Kashmir, a state of India.The daily began its publication in March 1997 when the local population, caught up in a bloody conflict and hungry for news, was dependent on newspapers coming from New Delhi.The Observer is among the very few newspapers believed to have retained credibility despite heavy odds facing media in conflict-ridden Kashmir.