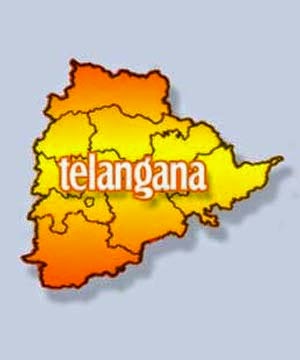 Prime Minister Narendra Modi today hailed the formation of Telangana and promised complete central support to help take the state to newer heights of progress.He congratulated K Chandrasekhar Rao on becoming the first Chief Minister of the 29th state and expressed best wishes to its people.

"India gets a new state! We welcome Telangana as our 29th state. Telangana will add strength to our development journey in the coming years," he tweeted.

"Centre assures complete support to the people and Government of Telangana in taking the state to newer heights of progress," he said.

Noting that Telangana's birth is taking place after years of struggle and sacrifices by several people, Mr Modi said, "We pay our respects to them today."

"My best wishes to people for the state's development journey," the Prime Minister said.

"Congratulations to the people of Telangana. Welcome to the Club #29," Mr Abdullah said on Twitter.

Capping the decades-old struggle in the region for carving out a separate state from Andhra Pradesh, Telangana came into existence as the 29th state of India this morning.