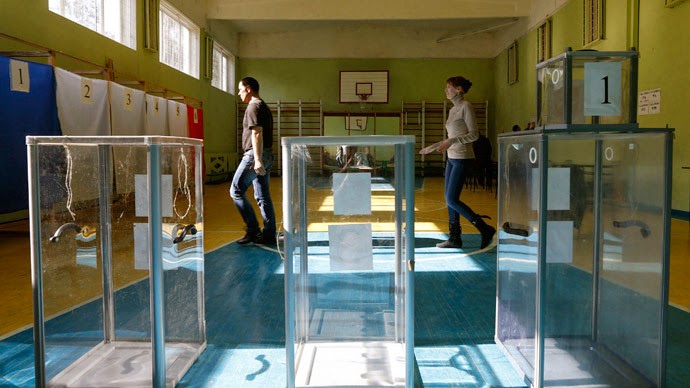 Authorities in Crimea said on Sunday that the controversial referendum on the southern Ukrainian peninsula’s accession to Russia was proceeding smoothly.


More than 44 per cent of voters had cast their ballot by noon (1000 GMT), Mikhail Malyshev, the head of the organizing committee, told Russian news agencies.

Mr. Malyshev added that there had been no disruptions to voting. “Police have not recorded a single incident or conflict at any polling station,” he was quoted as saying.

The vote has been widely condemned by Western governments, who refer to it as illegal, and have announced sanctions against Russia if it goes ahead.

Moscow maintains that the Crimean population, 60 per cent of which is made up of ethnic Russians, has a right to decide whether or not its future lies with Ukraine.
Thanks for Visiting womenspage.in