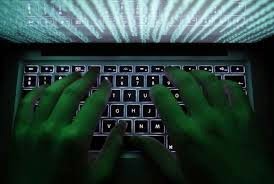 Hackers brought down several public NATO websites, the alliance said on Sunday, in what appeared to be the latest escalation in cyberspace over growing tensions over Crimea.

Hackers have attacked the official website of the secession referendum in Ukraine’s autonomous republic of Crimea just hours before polls opened.
“Today at 1 a.m. our website was hit by a massive wave of modern denial of service attacks,” officials said in a statement.