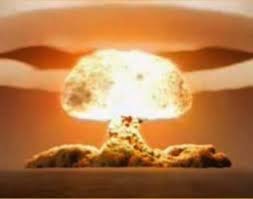 There are dangerous lessons to be learned from the Crimea takeover – no country should give up its nuclear weapons, and all countries should seek to attain nuclear strike capability as soon as possible.


The Budapest Memorandum Security Assurances signed in 1994 by the US, Russia, and the UK, those countries promised not to use force or threaten military action against the newly independent Ukraine. The Ukraine was pressured into signing by Russia and the US and in return received a pledge that its territory and sovereignty would be respected.

So the Ukraine, which had the third largest nuclear arsenal, voluntarily surrendered its stockpile in 1994 and become a non-nuclear nation.

The Budapest Memorandum and some other related treaties came just after the breakup of the old Soviet Union and helped ensure that a nuclear weapon would not fall into terrorist hands.
It worked – until Russian President Vladimir Putin violated the memorandum and became, in effect, a terrorist himself.

He broke the terms of the memorandum signed by then Russian President Boris Yeltsin, along with the terms of six other international agreements and conventions.

Granted, violating the Memorandum does not call for the US and the UK to militarily defend the Ukraine because of Russia’s actions.
Thanks for Visiting womenspage.in