"Bhoothnath Returns" directed by Nitesh Tiwari is a sequel to 2008 film "Bhoothnath". It features Big B and Bhalerao in lead roles and Boman Irani in supporting role. Anurag Kashyap, Shah Rukh Khan and Ranbir Kapoor have done cameo in the film. Bhalerao has impressed critics with his acting skills and comic timing with Sr. Bachchan.
In Bhoothnath Returns, the ghost Amitabh Bachchan takes up the challenge to contest elections against a corrupt politician played by Boman Irani, with the hepl of a kid. The film aims to send across a serious message through laughter. 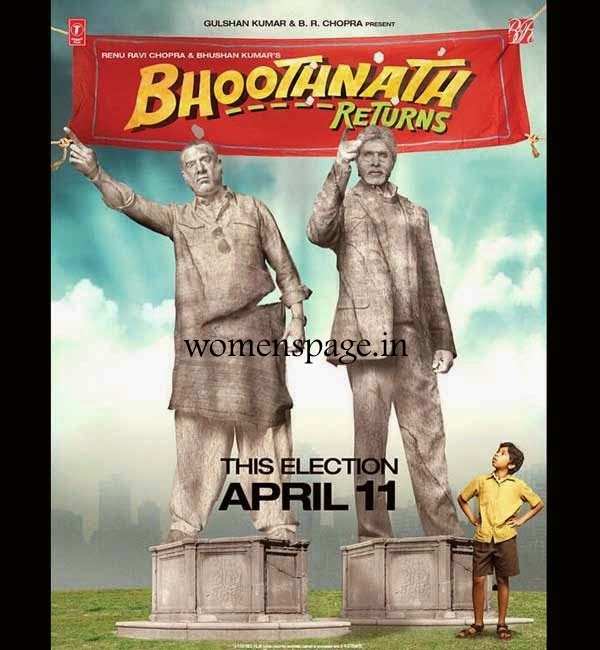 The breezy first half will keep you in splits where Akrod and Bhoothnath warm up to each other and develop a special bond. Tiwari uses the natural pace and progression of the film without any hysteria and melodrama. His precise direction and engaging narrative complement the screenplay that’s peppered with fine turn of events. The dialogues are catchy, witty and relentlessly hilarious.

Bachchan is supreme with his act. The 71-year-old thespian can make you smile and weep big, fat tears as he energises tremendous potenial into a performance that will met your hart. Boman Irani has proved once gain why he is one of the finest talents we have. He is the baap when it comes to employing  loud expressions, subtle face contortions and micro emotions to best effect to portray a sly and slimy, ruthless and mean, politician. Sanjay Mishra as an honest lawyer will keep you in splits with his poker-faced humour. National Award winning actor Usha Jadhav, as Akrod’s mother, has done her job sincerely without being melodramatic.
Thanks for Visiting womenspage.in