Rio 2, sequel to the 2011 animated hit Rio. Rio 2 is a 3D musical adventure comedy film voiced by Anne Hathaway and Jesse Eisenberg who reprise their roles as macaws Jewel and Blu. Joining them this time are Andy Garcia, Rita Moreno, Bruno Mars and Kristin Chenoweth. The adventures of Blu, Jewel and their three children take them from Rio de Janeiro to the Amazon rainforest where a hidden tribe of macaws have been found. 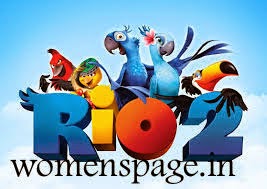 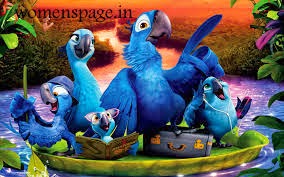 Rio 2 is the continuation of the first film, focussing on Blu, Jewel and their children. In the sequel the bird family ventures into the Amazon where they are confroted with fresh troubles. Imraam Khan and Sonakshi Sinha have dubbed for it's Hindi version.