The "bahu dilao-vote pao" slogan came from the Kunwara Union, set up in Jind in 2009 by Pawan Kumar, now its chairman. "The government must not only attack female foeticide but also find jobs for young men in Haryana. Unemployment is also a factor for us not getting brides," he said. The union had even organized a protest march five years ago to demand brides. Can an unmarried man demand a bride from a candidate ahead of Lok Sabha elections? You can in Haryana, a state with the lowest sex ratio in the country - 877 women per 1,000 men. 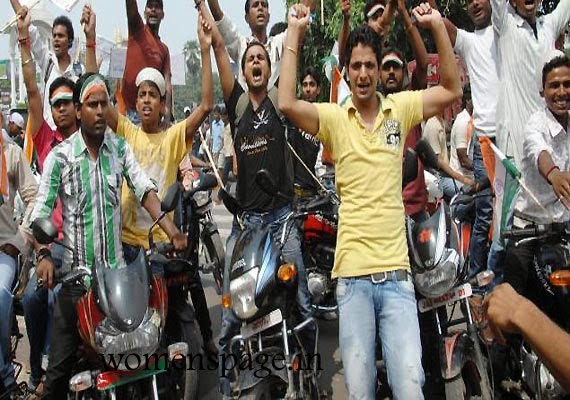 An abnormally large number of unmarried men in Haryana has even led to the creation of informal "randa unions". Their slogan is "Bahu dilao-vote pao" (Get us a bride-get our vote) ahead of elections.

The gender imbalance caused by female foeticide has become so acute that members of these unions and elders in many villages say they will raise the issue when politicians arrive for poll meetings. "The villagers will raise this issue, though in a lighter vein," said Sunil Jaglan, sarpanch of Bibipur village in Jind.

According to Shyam Sunder, secretary of the Red Cross Society of Yamunanagar, each of the 7,000-odd villages in Haryana has 150 to 200 youths who are 25-plus and unmarried. Twenty is considered the ideal age for marriage in rural Haryana.

Pune-based NGO Drishti Stree Adhyayan Prabodhan Kendra, which surveyed 56,520 residents in 92 villages of Haryana in 2010, had found that 13.5% men in the age group of 25-29 were unmarried.
Thanks for Visiting womenspage.in