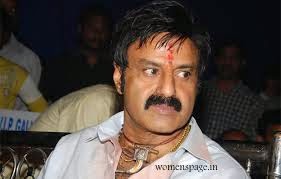 Balakrishna is the actor son of former chief minister N.T. Rama Rao (NTR). Hindupur in Rayalaseema region has always voted for NTR and the TDP ever since its inception in 1982. NTR was elected in 1985, 1989 and 1994. His elder son Harikrishna, also an actor and a senior member of TDP's politburo, was elected in the 1996 by-polls.

It is widely believed that Naidu delayed giving the seat to Balakrishna is because he does not want to create a parallel power centre in the party. If Balakrishna (popularly known as Balayya) wins, he could challenge Naidu's power. Many in the TDP, too, prefer Balakrishna at the helm as they feel Naidu has failed to revive the TDP fortunes.

Though the actor has been campaigning for the party for several years, he had not taken the electoral plunge till now. Balakrishna's daughter Brahmani is married to Naidu's son Lokesh and so family ties are also strong.

Andhra Pradesh politics opened up to cine glamour ever since NTR formed the TDP on the plank of Telugu atma gauravam (self-respect) and stormed to power within nine months of floating the party. He was dethroned by Naidu, his younger son-in-law, in a midnight political coup in August 1995.
Seemandhra, comprising Rayalaseema and coastal Andhra regions, is going to polls on May 7. Balakrishna file his nomination papers today at 11.31am.