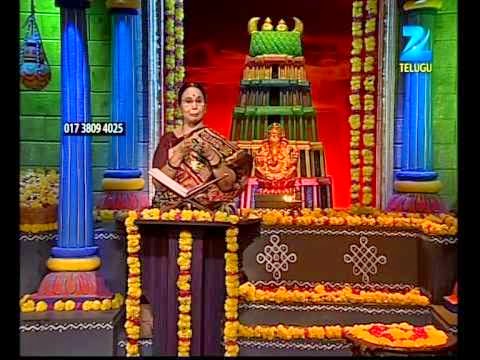 India is known for its rich culture, and traditions. Keeping up the legacy of our rich heritage we come to you with this special program to make people aware of the facts that are said to be fantasies by the generation of 21st century. Through this show we try to prove the scientific reasons behind the so called superstitions and believes in our society. In India we follow the traditions and customs that are passed on generation after generation but most of us don't even know why we perform a particular ritual. The theoretical and scientific meaning behind every tradition and belief is what we are trying to enlighten our viewers about.
Religious rituals and traditions are put up on a very high pedestal in India. We value these thoughts and bring Mrs. Dr. Sandhya Lakshmi a philosophical intellect who will enlighten our viewers on hidden facts in the society.
Dr. Sandhya Lakshmi basically is a freelance Telugu journalist. She has been practicing Astrology since 1980. She is the first women in Andhra Pradesh and India to do her doctorate in Astrology cohilating with Allopathy and Ayurveda.