Jashodaben Interview:"She would read and watch every bit of news about Narendra Modi"

Jashodaben Interview:"She would read and watch every bit of news about Narendra Modi" 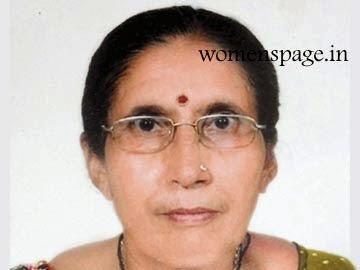 "Jashoda would read and watch every bit of news about Narenbhai. Despite being abandoned, Jashoda never spoke ill of him. That is a true Indian woman for you," Vasanti, sister of Narendra Modi.

"Her prayers have been answered as Narendrabhai has publicly accepted her as his wife. We are very happy. We all pray for him to become PM," said Kamlesh Modi, Jashoda's elder brother who runs a grocery shop in Unjha. Kamlesh said that Jashoda never considered re-marrying after Modi left her 45 years back to become an RSS pracharak. She gave up wearing footwear for four months seeking PM candidature for her husband and now is on a once-a-day diet to see her wish fulfilled.

All that's missing is Jashodaben breaking into "O jaanewale ho sake to laut ke aana." No judgement on Modi though because, well, men are like that only. Running off to find God or save the country, leaving their poor pining women behind.

At the time of her mar­riage, she had studied only up to Class VII. That is believed to have put a strain on their marriage. (Also, according to a villager, Jashodaben does not like to be photographed as she believes she is not good looking.) A few days after the mar­riage, Jashodaben was sent back to her father Chimanlal’s house to complete her education. As those who know her say, in a bid to please her husband and measure up to his exacting stand­ards, she started studying in Dholaka and com­pleted her SSC (old pattern) in 1972.

While Jashodaben doesn't quite end up becoming a housemaid, Open comes as close as possible to painting her as one: "But for all practical purposes, that means lit­tle. Jashodaben does not enjoy any privileges. She has to sweep and clean her house, fill water, use a public toilet, cook her meals and wash her own clothes. She does not have any domestic help."

We married when I was 17… I had quit studies once I went to his place and remember him saying he wanted me to pursue my education. He would mostly talk to me about completing my education..He told me once that “I will be travelling across the country and will go as and where I please; what will you do following me?” When I came to Vadnagar to live with his family, he told me “why did you come to your in-laws’ house when you are still so young, you must instead focus on pursuing your studies”. The decision to leave was my own and there was never any conflict between us.

So Modi encouraged his wife to get an education -perhaps as a way of fobbing off his marital commitments. But surely it mitigates his abandonment of his marriage. More so, since it appears to have helped Jashodaben build a life for herself - one that she seems to genuinely appreciate.

However, once I started my studies, I started to enjoy learning and did my SSC in 1974, and went on to complete my teachers training in 1976 and became a teacher in 1978. I enjoyed teaching and taught classes from the first to fifth grade and taught all subjects. Nowadays, I mostly start my day by 4 am and begin with prayers to Ambe Ma (Goddess Durga). I spend all my time in Bhakti (prayer). I mostly live with my elder brother Ashok Modi who lives in Unjha but I keep visiting the home of my other brother who lives in Brahman Vada near Unjha whenever I feel like. I feel I have got good brothers who have supported me.

Whether Modi is a bad person or not, both sides ought to agree that Jashodaben is doing best where she is. Modi fans surely don't want to believe that she is still waiting for a husband who has no place for her in his life - since it would make him look worse than ever. And Modi haters ought to agree that she has been spared a lifetime with someone they consider a very bad man.
Thanks for Visiting womenspage.in