Jashodaben is my wife, Narendra Modi admits under oath

Jashodaben is my wife, Narendra Modi admits under oath 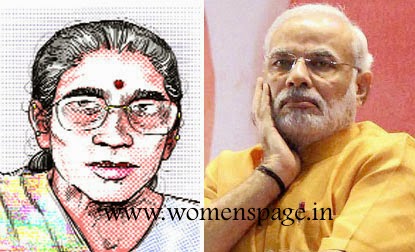 Married at 17 to a bride about his age, BJP's PM candidate Narendra Modi has admitted for the first time under oath that he has a wife.

In his nomination form for the Vadodara Lok Sabha seat, which he filed amid much fanfare on Wednesday, he entered the name of Jashodaben as his wife. She is a retired school teacher in Brahmanwada, a village about 35km from Modi's hometown, Vadnagar.

Modi, who has ruled Gujarat since 2001, has left the field for "spouse" blank in four Assembly polls. Of late, he has also flaunted his single status at rallies, saying that he was single and had no one to be corrupt for.

As per the Representation of the People Act, 1951, every candidate is required to declare even assets held in the name of the spouse. In his nomination form, Modi has said he has no information about Jashodaben's income, IT returns and PAN details.
Thanks for Visiting womenspage.in