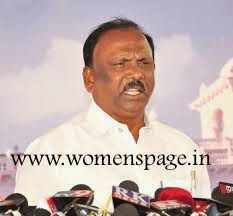 The nomination filed by Gunda Mallesh, the sitting CPI MLA, has been rejected by the competitive authorities. According to the sources, his nomination was rejected as the name of one of the candidate mentioned in the nomination form was not found in the electoral list. It is evident that Gunda Mallesh has filed his nomination early to contest for Assembly from Bellampally constituency on CPI ticket.