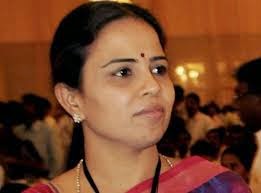 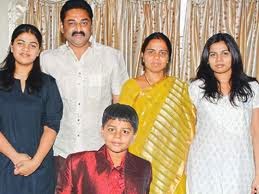 Going on with the Wednesday’s tragic accident of Shobha Nagireddy, Shobha Nagireddy breathe her last on Thursady at 11.5 a.m at very early age(44). Few minutes bofre, the Care hospital doctors have issued the health bulletin. The medical bulletin informed that the condition of Shobha was still critical and it will take more 24 hours to assess the situation. Howver, within minutes she died undergoing treatment in ICU. Nannapaneni Rajakumari, Allu Aravind and Nandamuri Lakshim Parvathi are the prominent people who visited the Care Hospital located at Banjarahills in Hyderabad to console Shobha’s family members. The doctors are holding discussions with the family members of Shobha Nagireddy.

The high speeding car in which she was present rushed into the grain mishmash and overturned as it became unmanageable. Apart from sustaining head injuries, her surface bones also got fractured in this incident. She was sitting on the front seat at the time of the incident. More three people present in the car also sustained injuries in this incident. All of them were rushed to a nearby private hospital in Nandyal.​

It is worth mentioning here that Shobha Nagireddy, the YSR Congress Party official spokesperson and the party’s candidate from Allagadaa Assembly constituency in Kurnool district, sustained severe injuries when she met with an accident at Gubagundametta near Allagadda, late on Wednesday night. She took part in the road show of YS Sharmila held at Nandyal in Kurnool district and was on her way back when the accident happened.

Bhuma Shobha Nagireddy is a politician from Andhra Pradesh, India. She represented the Allagadda constituency in the present Legislative Assembly of Andhra Pradesh, before resigning due to political turmoil in her party. She served as the chairperson of Andhra Pradesh State Road Transport Corporation (APSRTC) for two years and is the only woman to hold that position.

Bhuma Shobha Nagireddy was the spokesperson for the Prajarajyam party, having previously been General Secretary and also a state committee member in the Telugu Desam Party and in charge of its Ananthapur district section. Recently, she left the Prajarajyam party and joined newly formed YSR Congress. And presently Deputy floor Leader of YSR Congress Party. Her husband is also a politician (BHUMA NAGI REDDY) served twice as an MLA (Allagadda) and thirice as an M P (Nandyal).

Bhuma Shoba Nagireddy became actively involved in politics in 1996, prior to which she was a housewife. Her husband, Bhuma Nagireddy, was elected as a Member of Parliament and so had to resign his post as a Member of the Andhra Pradesh Legislative Assembly for the Allagadda constituency. Fighting as a candidate of the Telugu Desam Party, she was elected to the vacant Assembly seat with a record 27,000 majority in the by election.

It soon became apparent that Nagireddy had political abilities, her oratory skills caused the party president and then Chief Minister, Nara Chandrababu Naidu, to assign party duties to her. She rose to state level and became the first woman to serve as chairperson of APSRTC. She was elected three times to the Assembly.

In 2004, she was asked to contest the Nandyal constituency for a seat in the Lok Sabha, the lower house of the Parliament of India. She was unsuccessful in that bid due to general changes in the political landscape, the severe drought conditions in the Rayalaseema region in which she operated, and the charisma that her opponent, Y. S. Rajasekhara Reddy, held among agriculturists. Later, in 2008, she and her husband joined the newly formed Prajarajyam party.

Bhuma Shobha Nagireddy is the younger daughter of S. V. Subba Reddy, a senior politician and ex-minister of Andhra Pradesh. She was born and raised in Allagadda, where she studied up to Intermediate level. Her Younger brother, S. V. Mohan Reddy Ex M L C, is also a politician. She married Bhuma Nagireddy in 1986 and the couple have three children.