Ajmal Kasab whom I taught is alive Pak school teacher

Ajmal Kasab whom I taught is alive:Pak school teacher 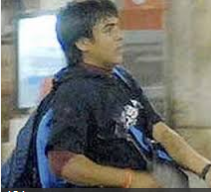 A teacher, who allegedly taught the 2008 Mumbai attack convict Ajmal Kasab, today told a Pakistani court that the Ajmal he knew is alive and was not the one hanged in India.

"I taught Ajmal but he was not the one hanged in India in connection with the Mumbai attacks," said the teacher of a primary school Faridkot, Deplapur, Okara district of Punjab province, some 120 kilometres from Lahore.

"Ajmal Kasab whom I taught is alive and one hanged in India was not enrolled in this school," the teacher said and submitted the school record of the student, sources told PTI.

The teacher was a prosecution witness in the Anti Terrorism Court, Islamabad, that is currently hearing the case of the attack in India's financial capital that killed 166 people in November, 2008.

Another witness, head of the Hindi department of NAMAL University, Punjab who translated Kasab's statement into English also appeared in the court, but could not submit the translation as the defence raised objection, saying Kasab's statement had yet to be made part of the case.

Following this, the court adjourned the proceedings till May 14.

Kasab, the 25-year-old lone Pakistani gunman caught alive after the Mumbai terror attack, was hanged to death at Pune's Yerawada central prison in a top-secret operation on November 21, 2012.

All the accused are jailed in Adiala prison. Out of about 60 witnesses, the anti-terrorism court has so far completed cross examination of 32 prosecution witnesses.
Thanks for Visiting womenspage.in