Kochadaiiyaan Release on 23 May :Why Rajinikanth Starrer has been Delayed Once Again? 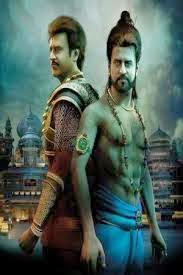 The release of Rajinikanth's much awaited movie 'Kochadaiiyaan' has been pushed back again to May 23, due to technical issues, it was officially announced.

However, in a sudden turn of events, the makers of "Kochadaiiyaan" announced on Wednesday evening that the film's release has been postponed. The Rajinikanth starrer will be hitting screens worldwide on 23 May.

A press release from Eros International has mentioned that the film's release had been delayed to allow the Rajini starrer to release in multiple languages (both 2D and 3D) on the same day.

However, there are speculations doing the rounds that financial issues are the reasons behind the delay in the film's release. A source close to Rajinikanth's family has told Times of India that the film's release is delayed due to a court order. Sources have told TOI that the film has landed in legal trouble after the "Oriental Bank of Commerce moved a court in Chennai seeking repayment of loan running to more than Rs 40 crore."

Whatever be the reason, fans will be disappointed with the delay. They have been eagerly waiting to see the superstar on the silver screen after a span of nearly four years. Now, they have to wait for another two weeks to see their favourite actor's film.
Advance Bookings Stopped

Prior to the official announcement from the makers, several theatres had cancelled their bookings. Sathyam Cinemas had tweeted, "Due to technical reasons the worldwide release of Kochadaiiyaan has been postponed, we are sorry for the inconvenience."

Theatres have announced that those fans who have already booked their tickets can collect their refund.

Will "Kochadaiiyaan" Get Enough Number of Screens on 23 May?

It is not clear whether "Kochadaiiyaan" will be able to garner enough number of screens for the release on 23 May. When the film was slated to hit screens on 9 May, it was likely to be released in approximately 6,000 screens worldwide.

But, now the film is releasing on 23 May, it will be facing tough competition from other big releases to grab screens. In Tamil, there are no biggies hitting theatres for the next few weeks. Karthik Subbaraj's "Jigarthanda" was scheduled to release on the same day, but it is not clear whether the makers of the films will be advancing or pushing the release date.

"Kochadaiiyaan" will be facing threat from other-language releases. Telugu film "Manam" and Kannada film "Gaja Kesari" are reportedly gearing up for release on 23 May. In Hindi, debutant Tiger Shroff's "Heropanti" is expected to have a big worldwide release on the same day, as the film is backed by popular bollywood producer Sajid Nadiadwala. The release of these films might dent the business prospects of the Rajinikanth starrer.
Thanks for Visiting womenspage.in