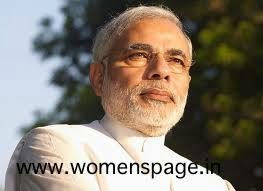 Rajiv Gandhi served as the sixth prime minister of India from Oct 31, 1984-Dec 2, 1989.He took office after the 1984 assassination of Prime Minister Indira Gandhi, his mother, to become the youngest Indian premier.

A scion of the politically powerful Nehru–Gandhi family associated with the Indian National Congress party, for much of Rajiv's childhood his grandfather Jawaharlal Nehru was prime minister. For his college education, he went to Britain where he met and began dating Antonia Maino, an Italian waitress. Rajiv returned to India in 1966 and became a professional pilot for the state-owned Indian Airlines. In 1968, he married Maino who changed her name to Sonia Gandhi—and the couple settled down in Delhi to a domestic life with their children Rahul and Priyanka. Although for much of the 1970s his mother was prime minister, and his brother Sanjay wielded significant unofficial power, Rajiv remained apolitical. After Sanjay's death in a plane crash in 1980, Rajiv reluctantly entered politics at the behest of Indira. The following year he won his brother's Amethi seat and became a member of the Lok Sabha (the lower house of Parliament). As part of his political grooming, Rajiv was made a general secretary of the Congress and given significant responsibility in organising the 1982 Asian Games.

On the morning of 31 October 1984, his mother was assassinated by her Sikh bodyguards to avenge Operation Blue Star; later that day, Rajiv Gandhi was appointed Prime Minister. His leadership was put to the test over the next few days as organised mobs rioted against the Sikh community, resulting in the death of thousands in Delhi alone. Nevertheless, that December, a nationwide sympathy vote for Rajiv's Congress party helped it win the greatest Lok Sabha majority (411 seats out of 542) in history.
Thanks for Visiting womenspage.in