No Gifts At My Wedding Amala Paul Tells Guests

No Gifts At My Wedding, Amala Paul Tells Guests 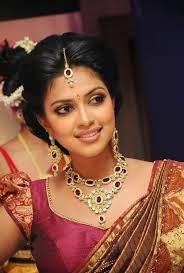 Following in the footsteps of playback singer Chinmayi Sripada, who declined gifts at her wedding recently and instead promoted charity, southern actress Amala Paul too has requested her guests to contribute to a charity foundation.

In her wedding invitation, Amala has urged her invitees to donate to a charity organisation called Ability Foundation, instead of bringing gifts to her and the groom.

Amala is set to marry Tamil filmmaker Vijay here June 12. The duo fell in love on the sets of the latter's film "Deiva Thirumagal" and they have been dating ever since
Amala is likely to stop acting post marriage as she wants to concentrate on being a good wife.

However, she recently said she might be interested in doing performance-oriented roles if given an opportunity. Amala has wrapped up shooting for all her current projects, while her would-be husband is awaiting the release of his Tamil directorial "Saivam".