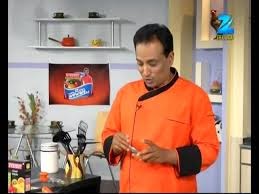 Vareva is a cookery show hosted by Sanjay. Every day he brings new recipes that are both nutritious and healty. Today he prepared "Zeera rice and Sahuji chicken"

Sanjay Thumma studied hotel management in Hyderabad, India. He stated that because he was so mischievous as a boy, his mother would put him in the kitchen to prevent him from annoying his siblings and to keep his voice level down. To keep him occupied, she would have him mash up spices. His mother fostered a deep fascination with cooking by allowing him to ask questions and provide assistance in preparing meal.
Thanks for Visiting womenspage.in