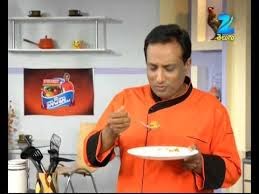 Vareva is a cookery show hosted by Sanjay. Every day he brings new recipes that are both nutritious and healty. Today he prepared "Bottlegourd dhal masala, Sambar powder fried rice.