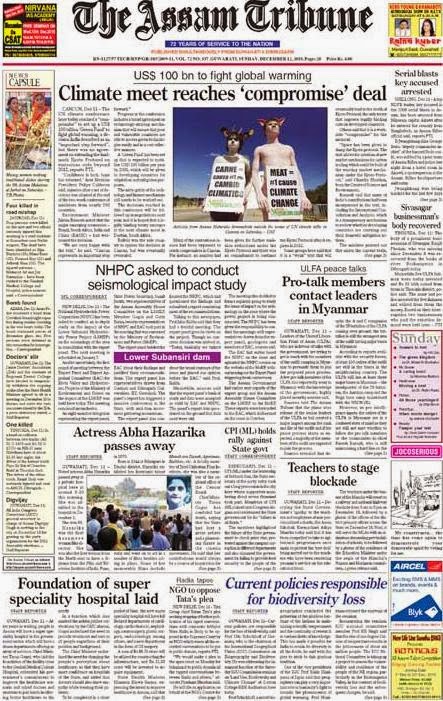 
The Assam Tribune is an English daily newspaper published from Guwahati and Dibrugarh, Assam. It is the highest circulated English daily in North-East India.