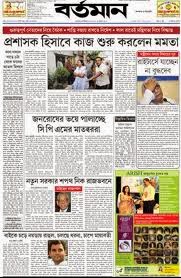 The newspaper was founded in December 1984 by Barun Sengupta, a former Anandabazar Patrika journalist. Mr. Sengupta died on 19 June 2008 at Kolkata.

Since April 2002, Bartaman Patrika has published an online version.
Thanks for Visiting womenspage.in