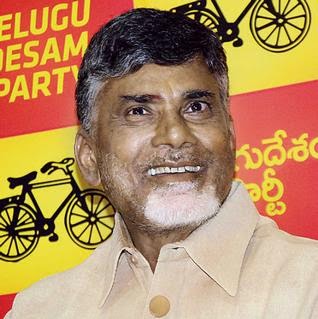 Telugu Desam Party leader N. Chandrababu Naidu is set to take oath as Chief Minister of Andhra Pradesh on Sunday evening in a public ceremony on the grounds opposite Acharya Nagarjuna University between Vijayawada and Guntur.

The site for the swearing-in is significant as it is widely expected that the new State capital will come up between the two cities, though no official announcement has been made yet.

Chandrababu Naidu has also indicated that a camp office may be set up on the premises of Acharya Nagarjuna University, located roughly midway between Guntur and Vijayawada.

Union Urban Development Minister M. Venkaiah Naidu said the two would be developed as twin cities, indicating that the Capital would come up between the two.

He also said at Vijayawada that the Polavaram project, so critical to the development of Seemandhra, would in no way harm Telangana and therefore the merger of a few villages facing submersion in Seemandhra should not be politicised and made a big issue.

The Opposition YSR Congress has criticised the TDP for "converting the swearing-in ceremony, an official function, into a party function to boost the image of Chandrababu Naidu." The party spokesman alleged that Rs 30 crore of public money was being spent on the ceremony at a time when the new State was facing a deficit of Rs 15,000 crore. The party questioned the propriety of conducting the official function in such a manner. In protest, YSR Congress leader Jagan Mohan Reddy decided to stay away from it, though he was invited.

Watch the live coverage of TDP chief N Chandrababu Naidu swearing in as Chief Minister of Andhra Pradesh / Seemandhra along with his team from Guntur.