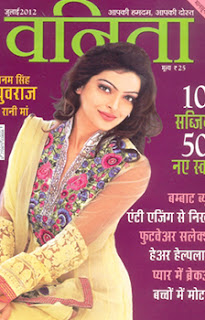 Language :Hindi
Epaper URL :http://www.manoramaonline.com
Website URL :http://www.manoramaonline.com
Country :India
Vanitha is an Indian magazine published fortnightly by the Malayala Manorama group. It is the largest magazine in India by circulation according toAudit Bureau of Circulations, with average qualifying sales of 687,915 copies.
Vanitha was launched in 1975 as a monthly, but turned into a fortnightly in 1987. The magazine was founded by Annamma Mathew, wife of K.M. Mathew, a woman who has contributed immensely in the fields of social service, cookery, journalism and literature. Vanitha launched a Hindi edition in 1997.Although its name translates to "woman" in Malayalam, it includes articles on a variety of topics, and is not strictly a women's magazine.

Between July and December 2000 Vanitha was the best-selling magazine in India with a circulation of 3,82,027 copies.In 2012, the Malayalam edition of the magazine had a readership of over of 2.27 million, making it the highest read magazine in India.
Thanks for Visiting womenspage.in