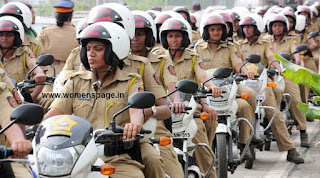 The Mahila Police Volunteers Scheme was launched by the Ministry of Women and Child Development in collaboration with the Home Affairs for the engagement of MPVs in the States and UTs. It is a central sector scheme that intends to serve as a public-policy interface to help women in distress. This scheme envisages the creation of a link between the police authorities and the local communities to facilitate police outreach on gender concerns. Let us look in detail about the Mahila Police Volunteers Scheme in this article.
Objectives:
The following are the objectives of the Mahila Police Volunteers Scheme
To increase the reporting and response to the crimes cases and also to fight the crime against women.
To report incidences of violence against women like domestic violence, dowry harassment, child marriage and violence faced by women in the public places.
To encourage women to come forward with the complaints of violence and also provides information on remedies to take their cases to the police authorities.
To promote a woman-friendly environment both within and outside the police or other authorities.
To provide an efficient alternative for getting support and help for violence and discrimination.
To increase the clarity of women in the police force, the Government has carried forward this initiative to give 33% of reservation to women in the police departments by implementing it in all UTs and propagating in the States.
Eligibility Criteria:


Application Forms:
Step 2: The application forms from the eligible candidates would be invited by giving the time of at least 1 month.
Processing of Applications:
Step 3: All the application forms would be received by the Superintendent of Police (SP) of the area. An appropriate mechanism would be carried out at the district level based on the criteria for the selection and rejection of applicants.
Step 4: The short-listing process of the eligible applicants will be done by the Screening Committee.
Interview Process:
Step 5: After the verification of all the credentials of the shortlisted applicants, the applicants can be called by the Superintendent of Police heading the committee for the interview and selection process.
Step 6: Then the SP will issue the Appointment Orders to the selected applicants.
Submit Documents:
Step 7: The selected applicants will have to submit all the original documents as mentioned above and also a “Self-Declaration” stating that she has no criminal proceeding against her and also has no political affiliation.

Note: The existing group’s members who are already working at the grassroots for the combating violence against women in different would be encouraged to apply for the MPV.

However, the MPVs can also apply for the resignation voluntarily for which at least 1-month notice must be given. There must no prosecution or legal proceedings will be initiated against the MPVs for any bonafide activity undertaken.

A lump-sum value of up to Rs.1000/- per month will be credited to the MPV to cover her pocket expenses that are related to mobile phone and local transportation.

For the Reward and Recognition of the MPVs a cash reward of Rs.10000, Rs.5000 and Rs.3000 respectively will be granted to the 3 outstanding performers those who are chosen from all the MPVs in the district in the order of merit.

Funding Pattern and Fund Flow:
For implementing the initiative of Mahila Police Volunteer, the fund will be released out of Nirbhaya Fund to the States at cost-sharing ratio except in case of North Eastern States, Uttarakhand, Himachal Pradesh and Jammu and Kashmir where the share of Centre and State/UTs. In the case of Union Territories (UTs), there will be 100% Central Assistance will be granted.

The MWCD will transfer the funds to the consolidated funds of the State Government after obtaining a due appraisal from the empowered committee constituted for considering the proposal under the Nirbhaya Fund and approval. The State Government will operate a separate bank account for the Mahila Police Volunteers initiative. The State Department will transfer the funds to the concerned Superintendent of Police who will operate a separate bank record in the name of the initiatives.

An MPV can be of any woman who is voluntarily and socially committed towards the empowerment of girls and women, willing to raise her own voice against the gender-based violence and support the police force in creating a gender-just society free from the violence and discrimination.
The MPVs will be selected by the Home Department of the respective State/UTs through the Superintendent of Police of the district authority. The MPV will be directly reporting to the Circle Inspector in the Police Thana.
During the course of the work, the applicant would undertake the following activities:
Create awareness of the existing services that are available for the children and women.
Inform the police authority about any untoward incidences or unpleasant behaviour against women and girls in the Society.
Act as an intelligence collection unit of the area regarding any issues that are pertaining to women in that area-spotting of new and suspicious arrivals in the area; information about the missing women or children of the village; substance abuse and deviant behaviour among school students and college students.


Reporting of incidences such as missing children, violence against women such as domestic violence, dowry harassment, child marriage, trafficking and any other form of violence or discrimination faced by the women in both public and private spaces. In the case of missing children or any child abuse cases, MPV can immediately call upon the number 1098 and inform police force.
There must be a mandatory visit to the local Anganwadi Centre at least once a week during the working hours when the ANMs and ASHA workers also visit the Anganwadi Centres. This will facilitate building partnerships and also provides a platform to meet women.
Create linkages with the Protection Officers under “The Protection of Women from Domestic Violence Act, 2005” at district or block level for coordination and convergence
Engage and give suggestions and feedback to the local authority and police about developing access to services and other related information.
Haryana becomes first state to launch Mahila Police Volunteer initiative:
Haryana became the first state in the country to launch Mahila Police Volunteer (MPV) initiative for safety of women. It was launched by Chief Minister Manohar Lal Khattar.