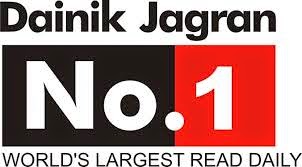 Dainik Jagran has now been the most read daily newspaper for the 26th consecutive time. It has also been declared by the World Association of Newspapers (WAN) as one of the most read newspapers in the world. It was also named as the most credible newspaper source in India in a survey commissioned by BBC-Reuters..The newspaper is owned by Jagran Prakashan Limited, a publishing house listed on the Bombay Stock Exchange and the National Stock Exchange of India. Jagran Prakashan Limited also acquired Mid Day in 2010 and Naiduniya in 2012.

Dainik Jagran, amongst other leading newspapers in India such as Dainik Bhaskar, Hindustan Times, Dainik Hindustan has in the past been accused of succumbing to paid news. The newspaper has been alleged to offer "packages" to politicians to give them a favourable coverage. Although some of the politicians have acknowledged that they bought these "packages," the newspapers themselves have remained aloof and never accepted any wrongdoing on their part. The Election Commission gave notices to 4 newspapers for a 2008 case where Jagran was not named.