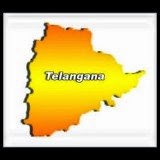 April 30, 2014 will be a big day for 2.81 crore voters in Telangana as they exercise their franchise for electing the first government of the new state that will formally come into existence on June 2.

Nearly 3 crore voters will choose from 1,669 candidates in 119 assembly states in the Telangana region. Voting is also taking place for 17 parliamentary seats.

The Congress, the Telangana Rashtra Samiti and the Telugu Desam Party-BJP combine have the highest stakes for power in what will be India's 29th state.

Though there are other players like YSR Congress, Majlis-e-Ittehadul Muslimeen, Aam Aadmi Party, Lok Satta Party, CPI and CPM in the fray, they have little at stake in the elections.

The electoral battle between the main contenders is so intense that picking a "favourite" is no easy task.

The general elections will be a close contest between the TRS and the Congress while the TDP-BJP combine is also expected to make certain gains.

More than anyone else, the elections are highly critical for the TRS as it will be a "now-or-never" chance for it to realise its ultimate target of achieving power in the new state.

Poll predictions suggest an impressive haul for the Telangana Rashtra Samiti or TRS led by K Chandrasekhar Rao, who fronted the campaign for statehood.

The Congress, which pushed for the creation of Telangana in Parliament, may end up being the biggest loser. The party failed to stitch up an alliance with the TRS, and now finds its thunder stolen by it.

Mr Rao, popularly known as KCR, refused to partner with the Congress, though he has not ruled out an alliance after the results on May 16. More than anyone else, this election is critical for the 60-year-old who, many say, has a fighting chance of becoming Telangana's the first Chief Minister.

The TRS head, whose ultimate dream is becoming the first Chief Minister of Telangana state, is also contesting the Assembly election (from Gajwel) while other aspirants like C Damodara Rajanarasimha (former Deputy CM), J Geeta Reddy (former minister) and a host of others too are in the fray.

It will certainly not be a cakewalk for the TRS in the elections to the new state Assembly as its clout is largely restricted to only some of the ten districts in the region and also the fact that it is fighting the elections on its own.

The Telugu Desam Party of N Chandrababu Naidu and the BJP firmed up an alliance after days of negotiations, overriding protests from local leaders. It is seen as a masterstroke that is expected to bring the BJP-led National Democratic Alliance big returns in Seemandhra, the regions that will form residuary Andhra Pradesh.

In Telangana too, the TDP hopes to ride on what the BJP has called the "Narendra Modi wave".

Film star Pawan Kalyan's new Jana Sena Party is not in the contest but his support is seen as a big plus for the TDP-BJP alliance.

The YSR Congress of Jagan Reddy has fielded candidates in more than 100 assembly constituencies in Telangana, but is not expected to fare well after its strong opposition to bifurcation.

According to state chief electoral officer Bhanwarlal, polling will take place from 7 am to 6 pm except in 11 Maoist affected assembly constituencies where the polling will end at 4.

Malkajgiri and Secunderabad Lok Sabha constituencies have the highest number of candidates while there are only six contestants in Nagarkurnool.

Among assembly constituencies, Amberpet constituency in Hyderabad has 32 candidates while five each are contesting in Boath and Andole.

The main fight is between the TRS and Congress. Though the YSR Congress party has fielded candidates in most places, the party doesn't seem to have much presence due to its opposition to Telangana.

the campaigning that ended Monday, the main contenders for power tried to woo the voters by claiming credit for formation of Telangana.

Congress leaders said that without the Congress the 60-year-old dream of Telangana would have never been fulfilled. Rahul Gandhi also targeted the TRS chief for going back on his word to merge his party with the Congress after the formation of Telangana.

Countering the Congress attack, Chandrasekhara Rao said he did not give in writing that he would merge the party or have an alliance with the Congress.Thanks for Visiting womenspage.in