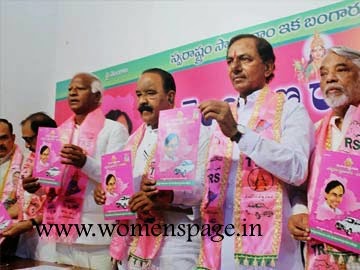 The TRS lot of action on the Malkajgiri LS seat and 10 assembly seats for which it is still to name candidates. According to sources, KCR wanted S Venkat Reddy to contest but that the latter is diffident and preferred the Ibrahimpatnam Assembly seat. Finally, on Tuesday evening, the TRS chief summoned Mynampalli Hanumantha Rao to his farmhouse and was engaged in convincing him to contest on the TRS ticket.
TRS relesed frist list 5days back.