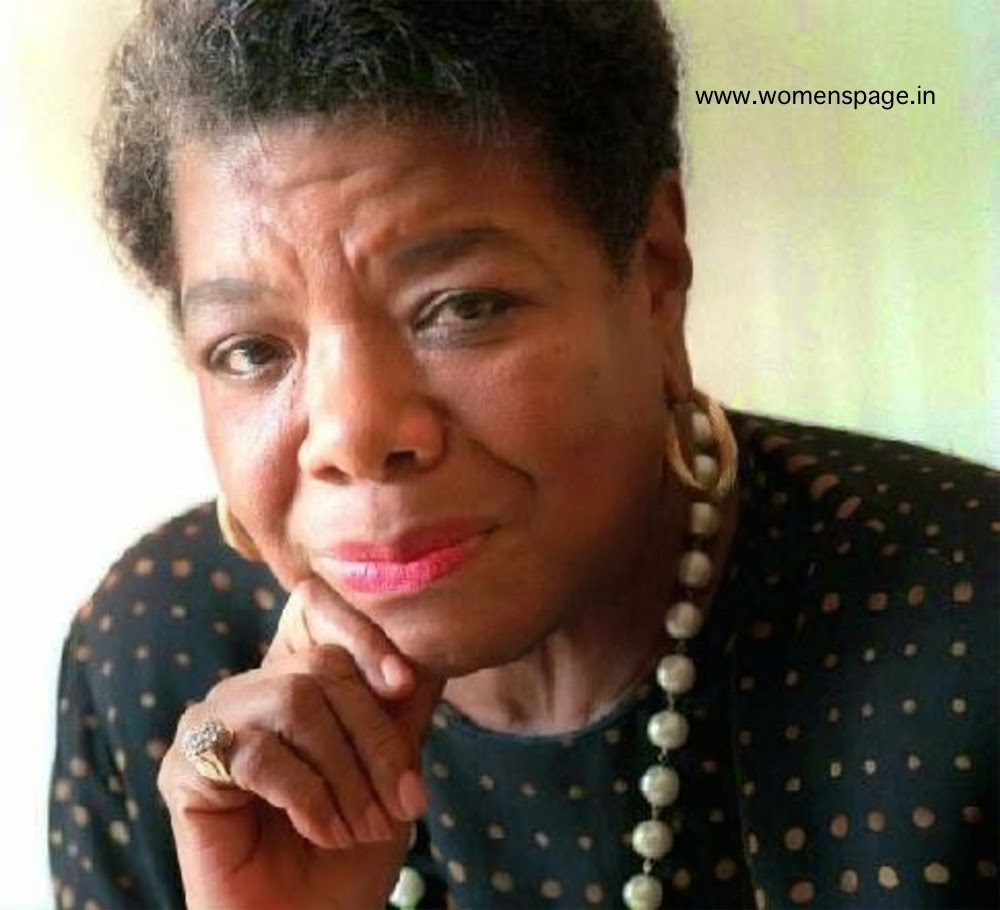 The prolific poet and author passed away on May 28, 2014 at the age of 86. A look back at her most prominent works.

Maya Angelou, who died Wednesday at the age of 86, was known for many things throughout her life: her wisdom, her acting, her indefatigable civil rights activism. But more than anything else, Angelou was famous for her writing. Both a prolific poet and memorist, Angelou penned more than two dozens books and collections throughout her life (including two cookbooks).

Despite the scale of her oeuvre, much of her work deals with reoccuring themes: love, heartbreak, family, race and feminism. Her books were critically-acclaimed and adored by many readers; here are some of the most notable works.

Maya Angelou, the celebrated poet, writer and activist who rose from a childhood of poverty in Arkansas to become an American literary icon, died Wednesday morning at her home in Winston-Salem, N.C., at the age of 86.

Born in 1928 as Marguerite Johnson, Ms. Angelou led a multitude of lives. She drove a streetcar in San Francisco, was a newspaper editor in Egypt and worked as a cook and a prostitute when she was a destitute single mother. She wrote television and movie screenplays, performed on the stage as a singer, dancer and actor and released an album of Calypso music.

But Ms. Angelou will be remembered above all as the "people's poet," a towering public figure and literary icon whose words seem to appear everywhere—spoken at a presidential inauguration, stamped on Hallmark greeting cards and, on the day she died, cascading on Twitter and Facebook as millions commemorated her life and work.

Ms. Angelou was busy writing and planning public appearances in her final days. She was scheduled to receive an award in Houston on Friday but canceled her appearance, citing a health emergency.

Helen Brann, Ms. Angelou's agent of close to 35 years, said the poet was in the middle of writing a new book and was in good spirits when they spoke on Tuesday.

"She sounded as she always did. She sounded vital and interested in her new book, which we were talking about," said Ms. Brann. "It's a terrific book, a memoir." The book is unfinished, Ms. Brann said.

Ms. Angelou published 36 books in her lifetime, including seven autobiographies, volumes of poetry, essay collections, cookbooks and children's books. She rose to fame in 1969 with the publication of her landmark book, "I Know Why the Caged Bird Sings," which explores her childhood and teenage years and delves into her struggles with rape, racial identity and sexism. It became a best seller and was nominated for a National Book Award, and remains a staple on many high-school and college curricula, selling millions of copies.

Ms. Angelou's literary reputation and global stature are all the more remarkable given the deep setbacks she dealt with as a child and teenager. Ms. Angelou spent much of her childhood in Stamps, Ark., grappling with poverty and sexual abuse. In "I Know Why the Caged Bird Sings," she described being raped by her mother's boyfriend when she was 7, and feeling guilty about the man's death when he was murdered. She was convinced her voice had killed him, because she had told her brother that the man had assaulted her. She stopped speaking for five years.

A teacher introduced her to literature at a formative age, and she fell under the spell of Charles Dickens, William Shakespeare and Edgar Allan Poe. She studied dance and drama in high school, but never went to college. In her 1974 book "Gather Together in My Name," she describes her itinerant, desperate life as a young single mother, when she worked as a prostitute and fry cook to get by.

She managed to turn her life around, and in the 1950s entered a period of remarkable creativity that would continue for decades. Ms. Angelou has said in the past that her passion for performing arts helped her transition. She studied modern dance and performed as part of a dance team with choreographer Alvin Ailey. She sang and danced in night clubs and released an album, and adopted the stage name Maya Angelou.

Ms. Angelou began to focus on writing in the late 1950s, when she moved to New York. She joined the Harlem Writers Guild and became involved in civil-rights activism and the antiapartheid movement. In the early 1960s, she lived in Egypt and Ghana, where she worked as an editor and journalist.

Her writing career took off when a dinner companion, captivated by Ms. Angelou's childhood stories, urged Random House editor Robert Loomis to commission an autobiography from her. The resulting book was "I Know Why the Caged Bird Sings."

Mr. Loomis worked as her editor for more than 40 years. In a statement released by Random House, Mr. Loomis said, "Maya, a dear friend, helped change our hearts and minds about the African-American experience in the United States, bringing it to vivid life, and her spirit and energy crossed all borders and deeply affected readers around the world."

Ms. Angelou stuck to a rigid set of writing rituals. She liked to write in hotel rooms, and would even rent a room in her hometown when she was writing there. She wrote stretched out on a bed, with yellow notepads, an ashtray, a deck of cards, a dictionary, a thesaurus and a Bible next to her. She played solitaire to relax until she was ready to write. Besides Poe and Shakespeare, her literary influences included Frederick Douglass, Thomas Paine and Matthew Arnold.

Some of her poetry and essays bordered on philosophy, but at other times, she wielded blunt, plain language. In her famous poem, "Still I Rise," she wrote: "Does my sassiness upset you?  Why are you beset with gloom? 'Cause I walk like I've got oil wells  Pumping in my living room."

Ms. Angelou's passing on Wednesday drew an outpouring of accolades and condolences from artists, entertainers and world leaders. In a statement delivered by the White House press office, President Barack Obama called Ms. Angelou "one of the brightest lights of our time a brilliant writer, a fierce friend and a truly phenomenal woman." a nod to her "Phenomenal Woman" poem. He noted that his sister Maya was named after Ms. Angelou. Mr. Obama awarded her with the 2010 Presidential Medal of Freedom, the country's highest civilian award.

Former President Bill Clinton, who invited Ms. Angelou to recite a poem at his 1993 presidential inauguration, praised Ms. Angelou's "wisdom and wit, courage and grace" in a statement, and added," I will always be grateful for her electrifying reading of "On the Pulse of Morning" at my first inaugural, and even more for all the years of friendship that followed."

Nikky Finney, who won the 2011 National Book Award for poetry and currently teaches at the University of South Carolina, called Ms. Angelou "a mountain of a human being."

"I grew up a young poet in South Carolina looking for light in the sky, looking for poets, especially black women writers who were doing what I wanted to do with my life. And Dr. Angelou was one of the brightest lights that was out there for me," said. Ms. Finney, age 56. "Hers was a story for us all. She was proudly African American but she was passionately human."

Readers rushed to buy her books on Wednesday. "I Know Why the Caged Bird Sings" rose to the No. 1 spot on Amazon's best-seller list, from a previous sales rank of 1,036.

Later in her career, Ms. Angelou struck a deal with Hallmark to write greeting cards. At the time, some criticized her for becoming overly commercial. Ms. Angelou shrugged off the criticism and said that she saw the project as a way to reach a wider audience. She added that the enterprise was perfectly in keeping with her role as "the people's poet."

In recent years, she had embraced social media as a way to communicate with fans. She began using Twitter in 2010, and in a tweet on Friday, her last, she urged readers toward quiet reflection: "Listen to yourself and in that quietude you might hear the voice of God."

Ms. Angelou is survived by her son, Guy B. Johnson. In a statement posted on her Facebook page, Mr. Johnson wrote, "She lived a life as a teacher, activist, artist and human being. She was a warrior for equality, tolerance and peace."
Thanks for Visiting womenspage.in