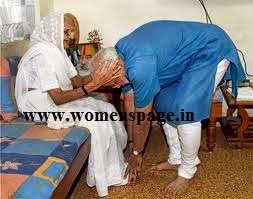 Narendra Modi of the Bharatiya Janata Party (BJP) will be the next prime minister of India, with counting trends showing the pro-business Hindu nationalist and his party headed for the most resounding election victory the country has seen in 30 years.

Modi's landslide was welcomed with a thundering rally on stock markets and raucous celebrations at offices across the country of his BJP, where supporters danced, exploded fireworks and handed out sweets.

The BJP looked certain of a parliamentary majority, giving the 63-year-old former tea-seller ample room to advance economic reforms which were started 23 years ago by current Prime Minister Manmohan Singh but stalled in recent years.

Singh's Congress party suffered its worst ever wipeout, a big boost to Modi's goal of ending the dominance of the Nehru-Gandhi dynasty that has governed for most of the 67 years of independent India.

Singh congratulated Modi on Friday with a telephone call.

Crowds surged around Modi's car after he visited his mother's home in Gujarat. He sent a message saying "India has won," that instantly set a record as the country's most retweeted Twitter post.

"I'm so happy because all of India wanted a strong government," shouted software engineer Vinod Rai at the BJP's Delhi headquarters. Rai echoed the sentiments of millions of Indians who bought into Modi's promises of job creation and economic growth to satisfy a bulging youth population.

With more than six times the seats of its closest rival, Modi's is the most decisive mandate for any leader since the 1984 assassination of prime minister Indira Gandhi propelled her son to office. Since 1989, India has been governed by coalitions.

As soon as it became clear that he will be India's 15th Prime Minister, Narendra Modi visited his mother, Hiraben, at her house in Gandhinagar. After he touched his mother's feet, she blessed him by placing her hand on his head. He then tweeted a selfie of him seeking her blessings.

Narendra Modi he tweeted a selfie of him with an ink-stained finger that pushed him into a controversy - he was seen flashing the party symbol of the lotus, which the Election Commission faulted as a gesture of campaigning, which is banned on polling days.

The BJP is set to get a decisive majority, and with its allies, it will accrue more than 300 seats. It needs 272 to form the government.

Before her son visited her, Hiraben, 95, was seen praying. She told reporters, "He has my blessings and he will lead the country towards development."

Mr Modi has trounced the Congress, whose campaign was fronted by Rahul Gandhi.

Mr Modi has won both the constituencies he contested - in Vadodara in his home state of Gujarat and in holy city of Varanasi in Uttar Pradesh.

He has spoken in his campaign of being the son of a lower-caste tea seller and has said his mother supported the family by working in neighbouring houses. She travelled by autorickshaw to vote in the national election in Gandhinagar.

As she savoured the prospect of her brother becoming India's prime minister, Vasantiben Modi chortled at the idea that a one-time tea boy would soon be calling the shots over Delhi's traditional elite.

"They can't believe it, can't believe that someone from such a simple background could beat them," Vasantiben told news agency AFP from her modest two-storey home, close to the town in Gujarat where the siblings grew up.

"We had never imagined that he would lead the entire country one day. He left the house and the family one fine day and years and years later, look where he is now," said his sister, who lives in the town of Unjha.