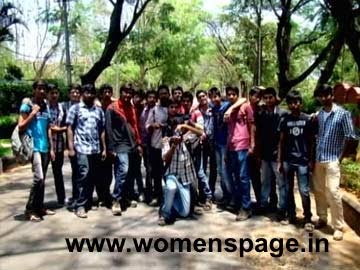 The bodies of two of the 24 students, who were washed away in the Beas river near Mandi in Himachal Pradesh, have been recovered from the Pandoh dam reservoir.

The incident occurred at around 6 pm on Sunday when the students, six of them girls, were clicking pictures on the banks of the river. They were on their way from Shimla to the resort town of Manali for an excursion. A sudden release from the reservoir of the Larji dam led to a surge in the water level in the river which is feared to have swept away the students. One bus conductor is also reportedly missing.

Ravi Kumar, a college student who was part of the group and an eyewitness to the incident, said, "I tried calling out to my friends, but my voice got stuck. They also saw the water level rising, I tried helping few of them, but in a span of six seconds, the water level rose to five or six feet...in front of my eyes, they got drowned."

The missing students were part of a 46-member sightseeing group from the VNR Vignan Jyothi Engineering College.


Live Search on for missing Hyderabad students in Himachal

Angry locals protested, saying authorities had failed to issue a warning about the release of water from the dam. However, the additional district magistrate has claimed that a siren went off before the dam water was released but the students may not have been able to understand what it was for.

Darkness and strong river currents hampered search operations during night, but was resumed this morning at 5 am.

Meanwhile, Union Minister For Human Resource Development Smriti Irani is on the way to Mandi. "Spoke to Minister of Education Himachal Pradesh Shri Bali re the tragic incident of 24 engineering students feared washed away near Mandi (sic)," Ms Irani tweeted. "Also contacted the faculty member who was at the accident site. Was assured by Tehsildar Sadar Mandi that medical aid has been provided (sic)", she added.

Telangana Chief Minister K Chandrasekhar Rao too expressed shock and deep anguish over the incident. He has rushed a team, headed by the Home Minister, to Himachal Pradesh to take stock of the situation.

Twenty four students from an engineering college in Hyderabad are feared to have been washed away in the Beas river near Mandi in Himachal Pradesh. Six of them are girls.