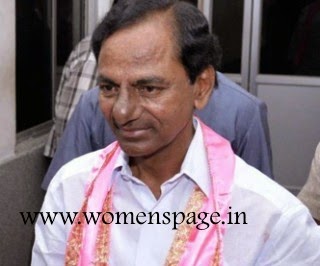 The election symbol for TRS is a ‘car’ but interestingly party chief K. Chandrasekhar Rao and his family do not own a car. In an affidavit submitted to Election Commission while filing his nomination papers on Wednesday,KCR declared that neither he nor his wife or any dependant owns a car.
As per reports, KCR and his wife are owners of assets, in form of immovable properties, jewelry and cash, worth Rs 15.15 crore.

KCR also owns 37.70 acres agricultural land worth Rs 4.50 crore as per current market value on the city outskirts in Yerravally village of Jagadevpur mandal in Medak district. He purchased the land between September 2010 and October 2013 and the cost of land at the time of purchase was shown as Rs 91.78 lakh. He has his farmhouse built there.

KCR has houses in the upmarket Bajara Hills and Thigalaguttapally, which costs Rs 3.65 crores.
Thanks for Visiting womenspage.in